In her best-selling book When Things Fall Apart, Pema Chodron teaches the Tibetan Buddhist technique of tonglen.  The heart of the technique is to move from the ego – our own limited suffering – to connect with others who are suffering in similar ways.  It’s pretty challenging, deep practice, but can be very liberating – and can be practiced in a grocery store checkout line, or anywhere that we are waiting, or anywhere.

The source of much of our pain is isolation – being caught in the ego, in our solitary experience. Expanding to include the pain of others may seem scary, but is paradoxically very liberating.

Let’s say you are waiting in the grocery checkout out line.  You start by turning typical new age practice upside-down: instead of “breathe in the good stuff, breathe out the bad”, you open your heart and you breathe in any distress or pain you are experiencing.  And for a Buddhist, to the extent that you are not in touch with your inherent goodness and the goodness of creation, you are suffering.  So any impatience, discomfort, irritation, any judging of the situation, any separation from your natural state of oneness with all of life – breathe that all in and pay good attention to it.  Then breathe out a wish for your own healing – that you return to the experience of peace and oneness.

After spending some time on your own healing, you expand your gaze to focus on others who are experiencing similar distress.  When you inhale, along with your own pain, breathe in the waiting-in-line pain of the others waiting in your line – or if your line is very small, those in the line(s) next to you.  Feel the pain that all of you are holding about waiting in line, then breathe out a wish for healing for all of you.

Continue this practice in progressively widening waves.  Open your heart to:

We can join ourselves with people who wait in much longer lines, in the heat or cold, in situations where being in this line places them in political danger, etc. – all our people, all our suffering.

We end the practice by blessing ourselves and all those we have included in our focus – all brothers and sisters of ours.  We offer gratitude to those who have developed and offered this practice.  See if it has shifted your experience of waiting in this line.  Let me know what you find.

Some customers radiate a vibe that you just can’t stand.  You perceive – accurately or inaccurately – hostility leaking out of them.  Other customers actively do something that pisses you off.  I’ll address some of each of these situations.

When a customer pisses you off, you have probably several options – I’ll talk about two of them.

Yesterday I had a customer, a very overweight 50 ish woman, who pissed me off – I don’t even remember why – and I used Option 1.  I mostly withdrew from her and got my little notepad out and started to jot notes for this very post.  It distracted me from her, it helped me avoid doing something nasty to her – which was always a possibility.  It took some of the pressure off.  It was only at the very end of the interaction that I decided to try some of the charm.  So I looked up at her – maybe almost the first time I looked at her since she first pissed me off – and said, sincerely, “That is one great hat – where did you get it?”  She said “I made it.”  Usually at this point you’re home free: compliment an item of clothing that the customer has made and you have a happy customer.  No, uh-uh – she barely cracked a smile.  But then, I did wait until the 11th hour to try being nice to her.  What did I expect?

Sometimes a customer pisses you off so much that winning them over is not really in the mix – the real issue is to get through the transaction without saying something that will get you written up or fired.

Customer 2 was today – near the end of my shift, when I’ll admit that I was tired, running out of gas…risky terrain.  About 60 – tall and wiry – he presented very defended – strong male body armor, cold, hostile.  I immediately took a dislike to him.  I didn’t want him in front of me. When I reached that point in the interaction where I often ask “What’s been a highlight of your day?”, I considered it and inside said “No way! I’m not going to waste that nice question on this guy -I’m not giving him the time of day.  Screw him.”

A few moments after that, I swiped his last two purchases – two cartons of Roots hummus. He said, “Those were supposed to be two for the price of one.”  I said, “Let me call grocery and find out about that.” If I could have pitched my voice to a tone that would have intentionally and clearly said, “I bet you’re wrong”, I would have done it. Maybe I did do it.  When I got back the message from grocery that it was in fact another brand that had that special price, did I in any way betray some satisfaction at his downfall? I cannot with confidence say that I did not. Even though we had finished ringing his groceries and it was time for him to just pay and move on – and there was another customer patiently waiting her turn while we did this price check – he stormed off to go back and look for himself.

I apologized to the next customer – a tall, lovely young woman – and, in a very unprofessional moment, allowed myself to vent to her about this guy.  Now, in my defense I will say that she had watched this whole situation devolve and had, I thought, been giving me some sympathetic looks.  “I’ve about had it with this guy.  He’s got no business keeping you waiting.  I’ve got half a mind to suspend his transaction and ring you through – but you’ve got a lot of groceries and he’ll have a fit.”  She was all reassurance: “Don’t worry about it.  I’m not in a hurry. I can see that you’ve got your hands full with him.”

He came back and angrily said, “It was false advertising.  The sign says ‘all varieties’.” I didn’t respond – didn’t even look at him.  “Your total is….” He paid his money and grumped off.

Charm is definitely the preferred way to go, but sometimes I just don’t have it in me – and sometimes it probably will get you nowhere.  But sometimes life takes care of you anyway.  As this jerk was leaving, Mary – who was running the breaks – told me to put up my “Lane closed” sign, which meant that I could count my money and go home.  This lovely young woman, with her big order that meant we could hang out with each other for a few minutes, was my last customer.  Sometimes, even when you kind of lose it, life treats you mercifully.

I guess I just needed to throw a fake tantrum.

It was the day before Thanksgiving – the busiest grocery store day of the year.  The previous day (the second busiest day of the year?), the pace had also been very intense, but the whole atmosphere had felt really festive.  I had fun.  Was today more intense because the holiday is right on us?  Or was I just more worn down?  Maybe both.  I had been going full-throttle, no slack moments, for two hours and was due for a break.  I guess I was also due to snap. 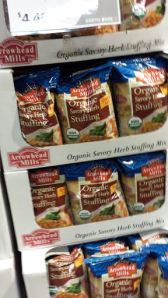 The day before Thanksgiving – some people are doing their whole big shopping trip and some are grabbing things they forgot to get last time. The lines are long. Customers and cashiers are stressed.

My customer – a very pleasant, somewhat stocky 60ish woman – pulled a paper shopping bag off the stack to bag her groceries.  (We don’t have baggers and are glad to bag for people, though most of our customers seem very happy to bag for themselves.)  She said, a little frustrated but not apparently irritated, “This bag has a hole in it.”  She set it aside and picked up another.  “And this one is missing a handle.”

By this point, I was really having fun – and I could tell, out of the corner of my eye, that the customer was enjoying my theatrics, so I leaned into the tantrum act even a little more.  I kicked the bags back to where I had just been standing, then stomped on them.  Sherry Lynn, who was working back-to-back with me, stopped what she was doing to watch all of this, but we goof around all the time and she obviously knew I was playing.

“This is disgusting.  Something’s got to be done about this.”  Then I went back to ringing up my customer’s groceries as if nothing had ever happened – and she picked up a functional bag and commenced bagging.  I winked at her and she winked back.

My break was a half-hour late in coming, but my stress had been released and I was in a great mood.  When I did get my ten-minute break, I spent it furiously writing this post.  I have a pretty strong hunch that my customer left the store in a good mood too.